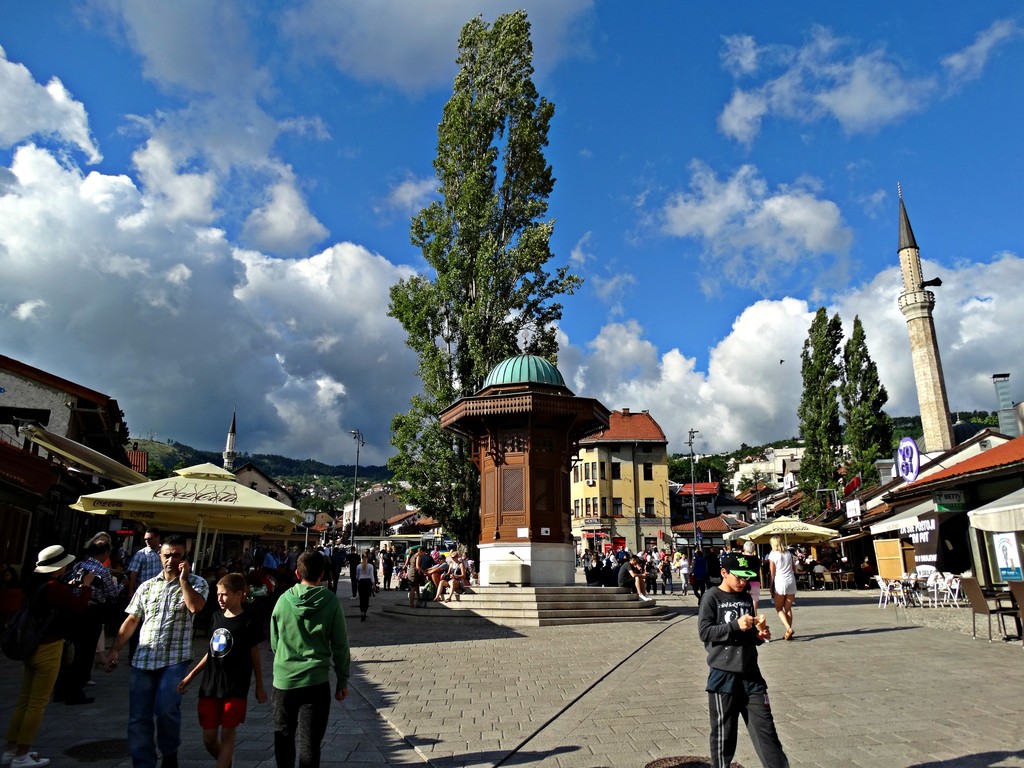 Some cities impress you from the very first moment you see them. Classical architecture, great tourism structures, impeccably maintained streets… everything seems carefully planned in order to please the ever growing influx of visitors. But Sarajevo is not one of those cities. The Bosnian capital is a different kind of destination – a place where tourism is still scarce, where people are genuinely happy and surprised to see you there and, most of all, a city very well-worth exploring.

If you’d like to visit Sarajevo, be ready for a different experience through one of the most interesting cities in the world, and one of my all-time favourites. 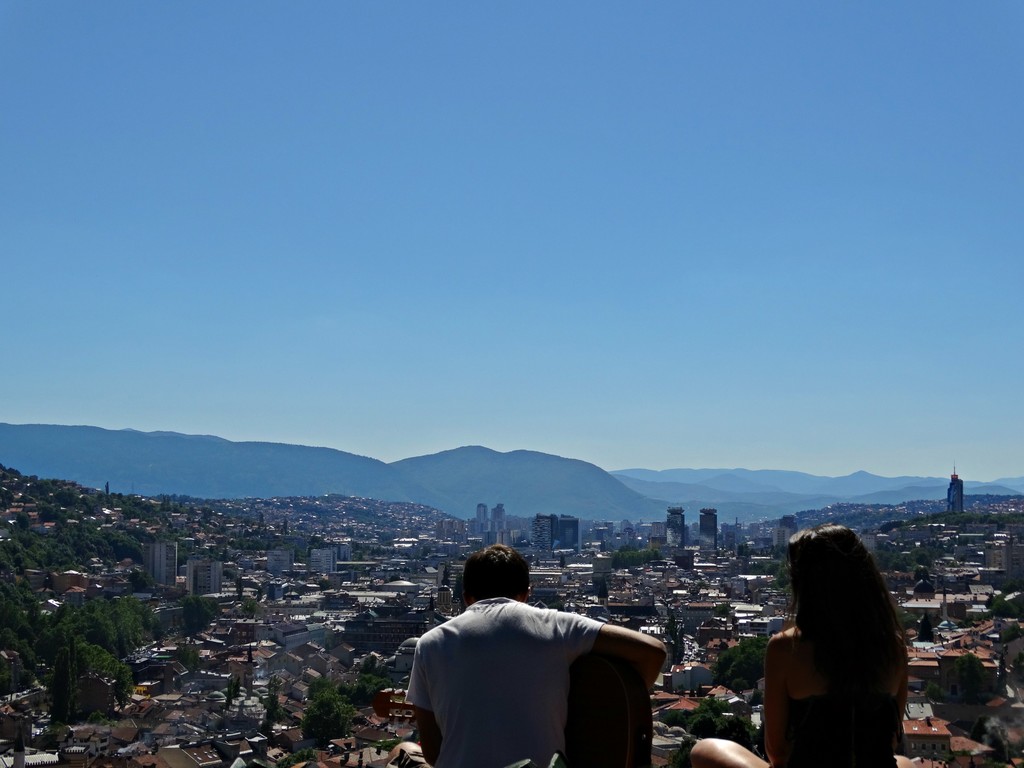 It’s pretty much impossible to sum up 500 years of history in just a couple of paragraphs, but as our host Nedim wisely said, Sarajevo is the city where empires come to die. Throughout these five centuries, the current capital of Bosnia and Herzegovina has been part of the territories of the Ottoman Empire, the Austro-Hungarian Empire, and, finally, Yugoslavia. And what do these countries have in common? Well, all of them ended up being disintegrated sooner or later!

In the 20th century more specifically, Sarajevo was placed under the spotlight on at least two occasions. In the first one, in 1914, the Bosnian-Serb separatist Gavrilo Princip murdered Archduke Franz Ferdinand – the heir to the Austro-Hungarian throne – and sparked the start of World War I, a global conflict that claimed the lives of over 18 million people.

The second one is far more recent and is still well alive in everyone’s collective memory. During the 1990’s terrifying Yugoslav Wars, Sarajevo was the target of the longest siege in the history of modern warfare, when the Bosnian capital was completely surrounded by Serb forces for almost 4 years. In Sarajevo alone, about 14.000 people were killed during the siege and you can still see and feel the horrors of war when you visit Sarajevo, as many of the building’s façades remained riddled with bullet holes even after 20 years.

WHY YOU SHOULD VISIT SARAJEVO 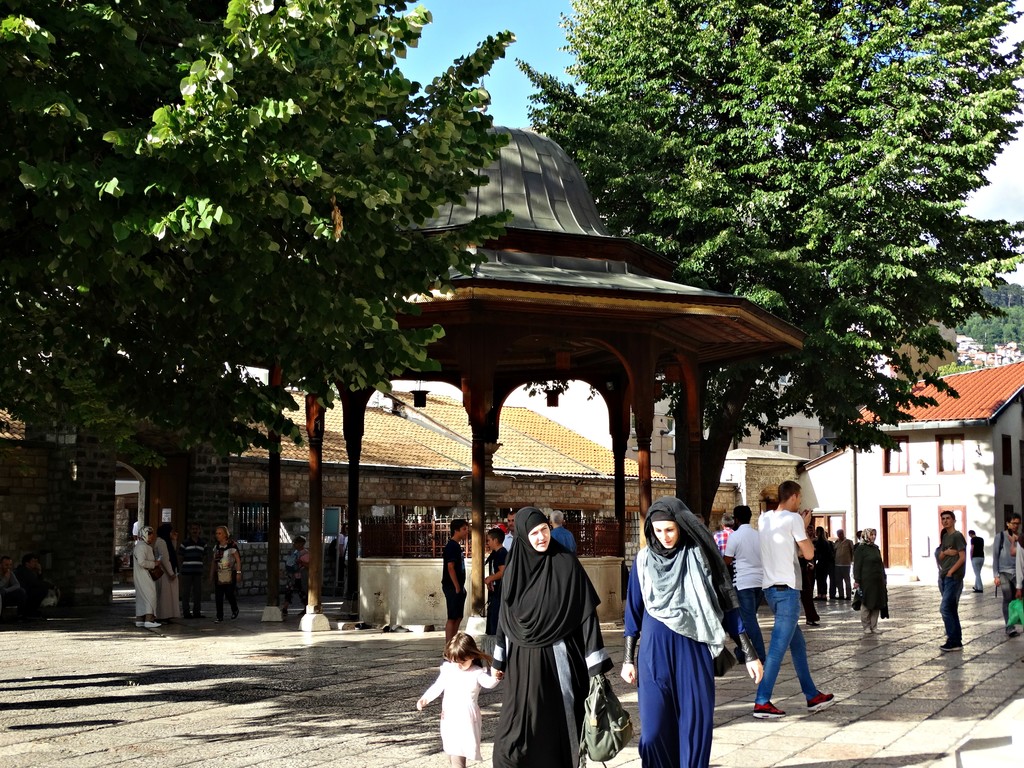 The Bosnians are truthfully the nicest and most welcoming people we’ve seen so far! Anywhere we went, even in the city centre, people would smile towards us and sometimes even ask us where we came from. They want you to know about their country, their city, their culture and their history, and they will go out of their way to ensure you’ll feel as if you were at home. Also, considering what most of these people have been through, it’s hard not to feel sympathetic towards them. 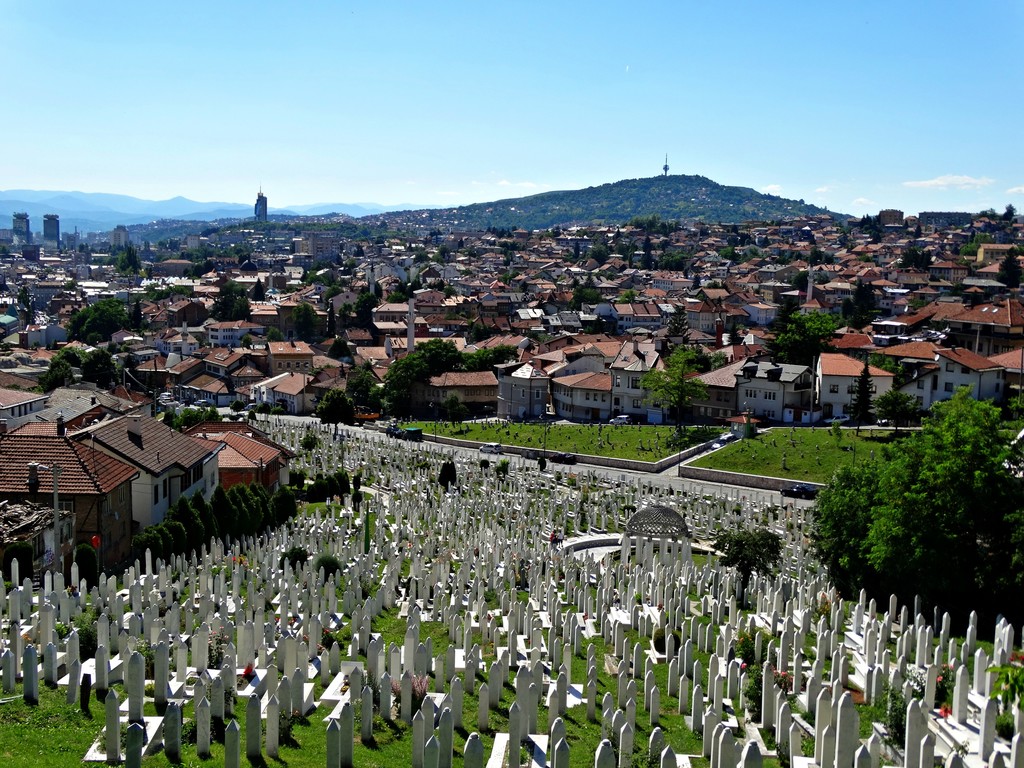 Despite the consequences the city had to endure, one cannot deny that Sarajevo’s turbulent 20th century plays a great deal in its appeal to visitors. You’ll get to walk on the same bridge where the shot that started WWI was fired, see the underground tunnel that was used to bring food and medicines to the city from outside the siege and experience first-hand the strong ottoman influence that is still felt in today’s Sarajevo. 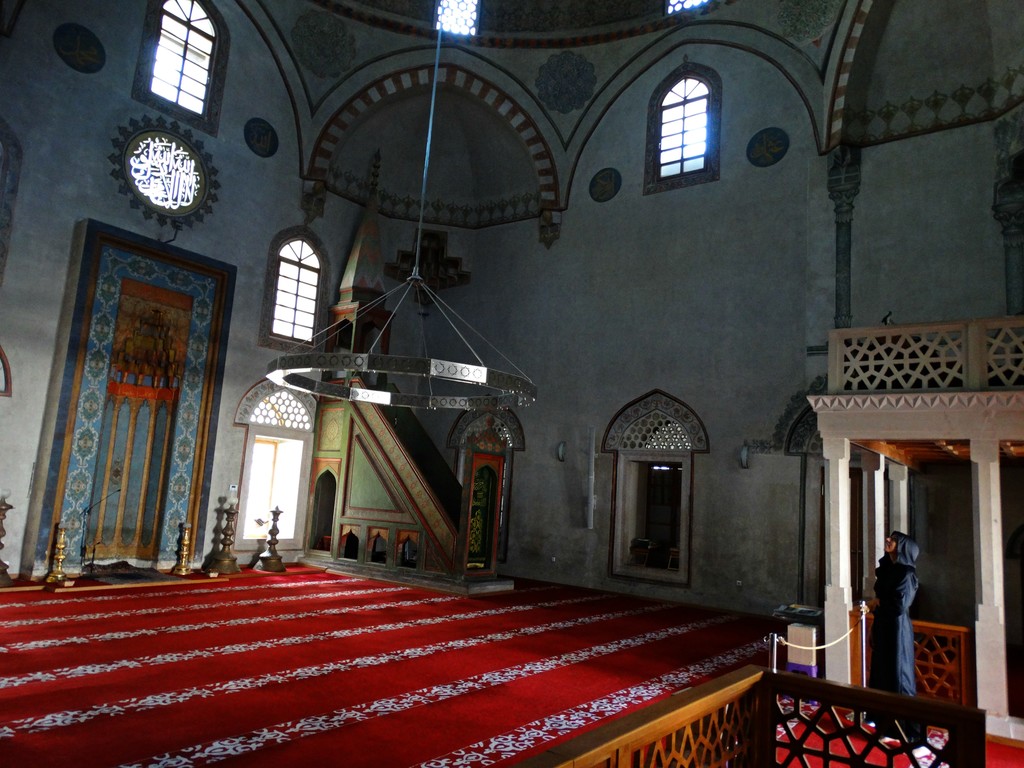 Religion-wise, Bosnia can truly be considered a melting pot. After all, Sarajevo is one of the only two cities in the world – the other being Jerusalem – where you can find major worship places of the 4 main religions within the same quarter (1 mosque, 1 catholic cathedral, 1 synagogue and 1 eastern orthodox cathedral). And it’s beautiful how in spite of the recent ethnic wars, everyone seems to get along just fine, as you’ll see people from all creeds and all walks of life coexisting in apparent harmony. Besides, Sarajevo stands as the ultimate Islamic stronghold in Europe, as nowhere else in the continent you’ll be able to hear the Muslim Call to Prayer so clearly. 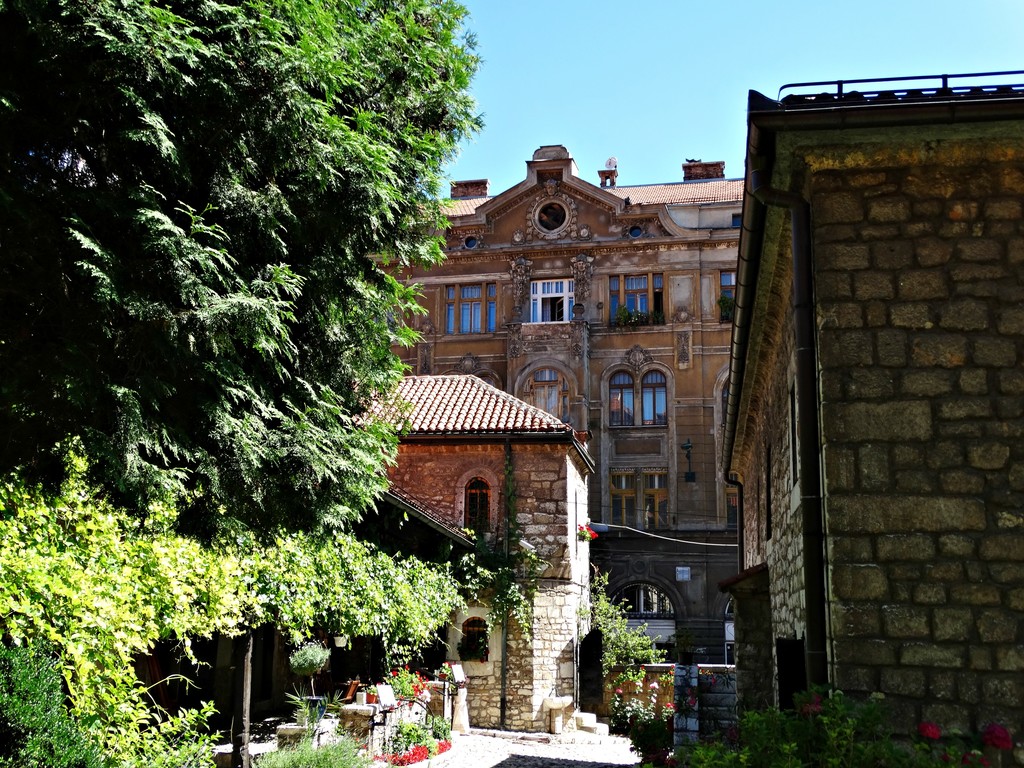 Sarajevo might be interesting, but the city can also be eye-candy. Although it can feel quite rough around the edges, the historic centre is absolutely gorgeous! The area has a very healthy mix of traditional ottoman stone buildings and classical European architecture from the time the Austro-Hungarian Empire ruled the city, and is different from any other capital you’ll find in the Balkans. 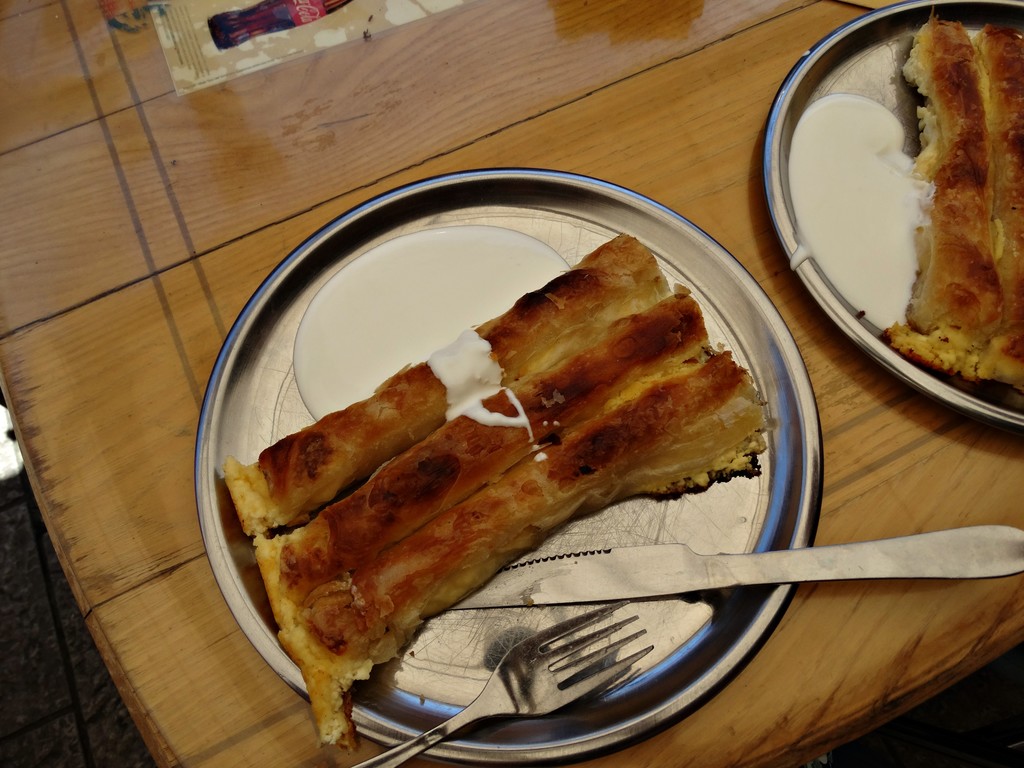 If you come from any country within the Northern Hemisphere, then your money will probably go a long way when you visit Sarajevo. You can find great accommodation deals quite easily and eat cheap without having to worry about leaving the tourist areas to do so. Also, considering how much the local economy is currently struggling, your tourist money will probably be much appreciated!

VISIT SARAJEVO – WHAT TO SEE 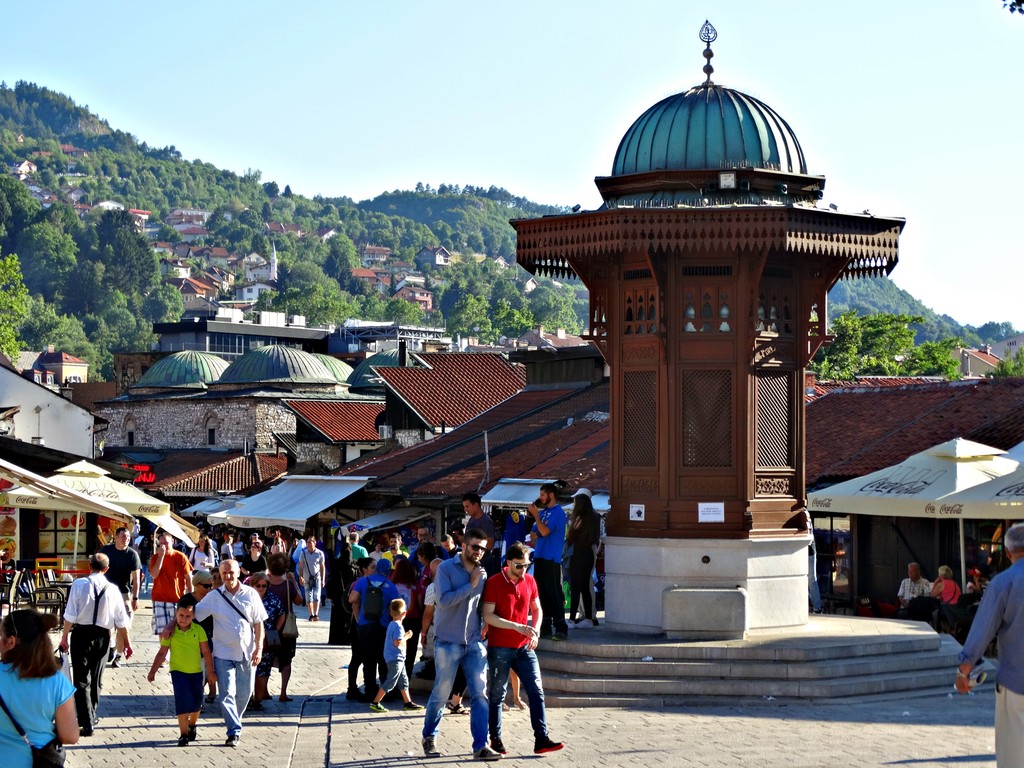 Regarded as Sarajevo’s historic centre, the area of Bascarsija is probably where you’ll spend most of your time in the city. Loaded with old buildings, small shops and a lively atmosphere, it’s a great place to sit down while drinking a cup of amazing Turkish coffee or smoking a water pipe. Naturally, is also within the Bascarsija quarter that you will find some of the city’s most popular attractions, such as the Sebilj Fountain, the City Hall, the Emperor’s Mosque or the Church of the Holy Archangels Michael and Gabriel. 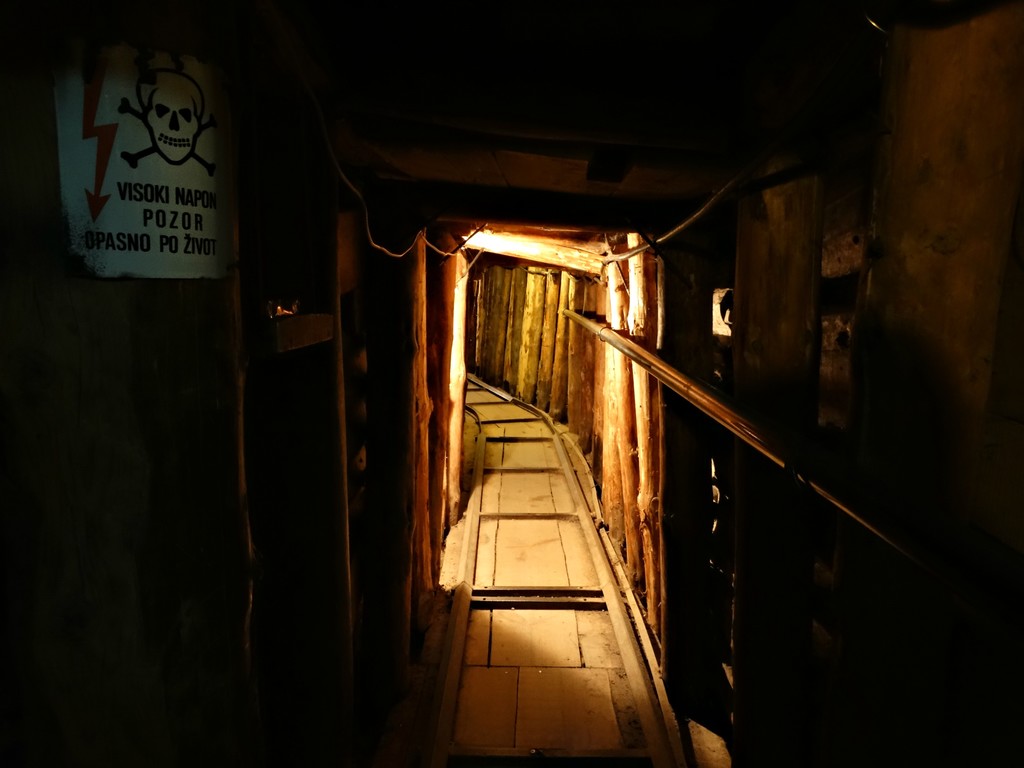 Although there are several great museums related to the Yugoslav Wars in Sarajevo (such as the War Childhood Museum, the Gallery 11/07/95 or the Museum Of Crimes Against Humanity And Genocide), if I had to pick one, I’d surely go with the War Tunnel. Although most of its original length is now closed to visitors, you can still walk inside the tunnel for about 20 meters and try to imagine how dozens of men and children walked through it every single day to pick up food, weapons, medicines and other useful items without which the city would have never survived the siege. 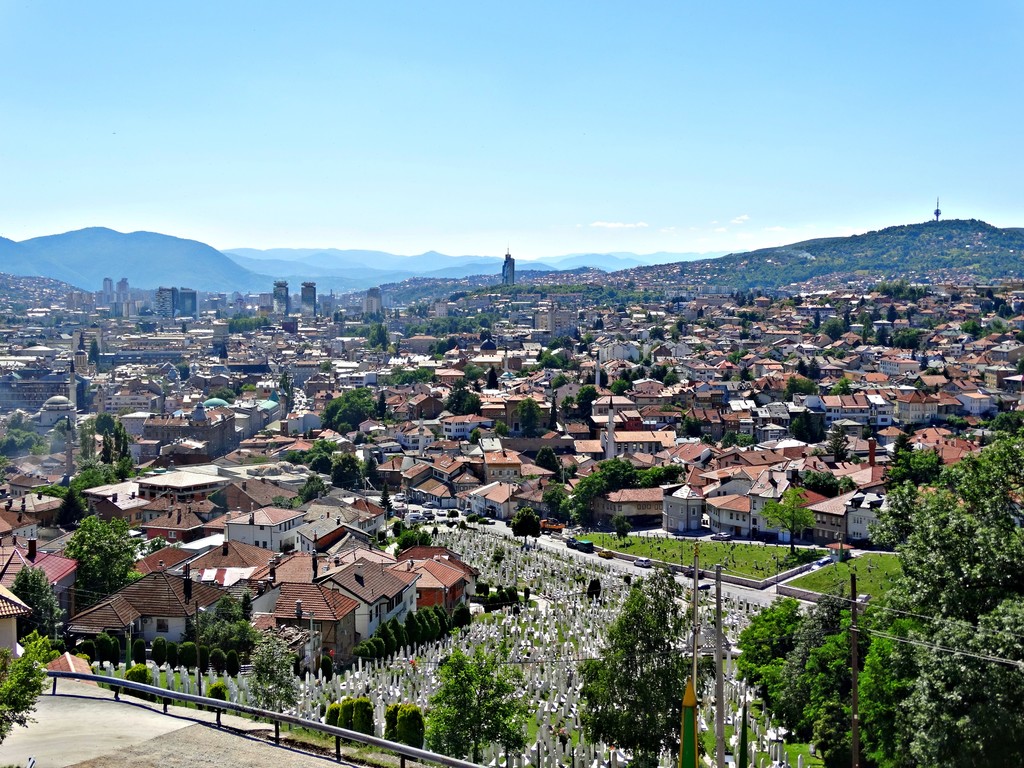 Overlooking the city from a privileged position on the Jekovac Cliff, the Yellow Fortress was one of the five bastions located along Sarajevo’s original defensive walls. Nowadays, it offers outstanding views over the city centre, the massive Alifakovac Cemetery, and the atmospheric hills that surround the Bosnian Capital. 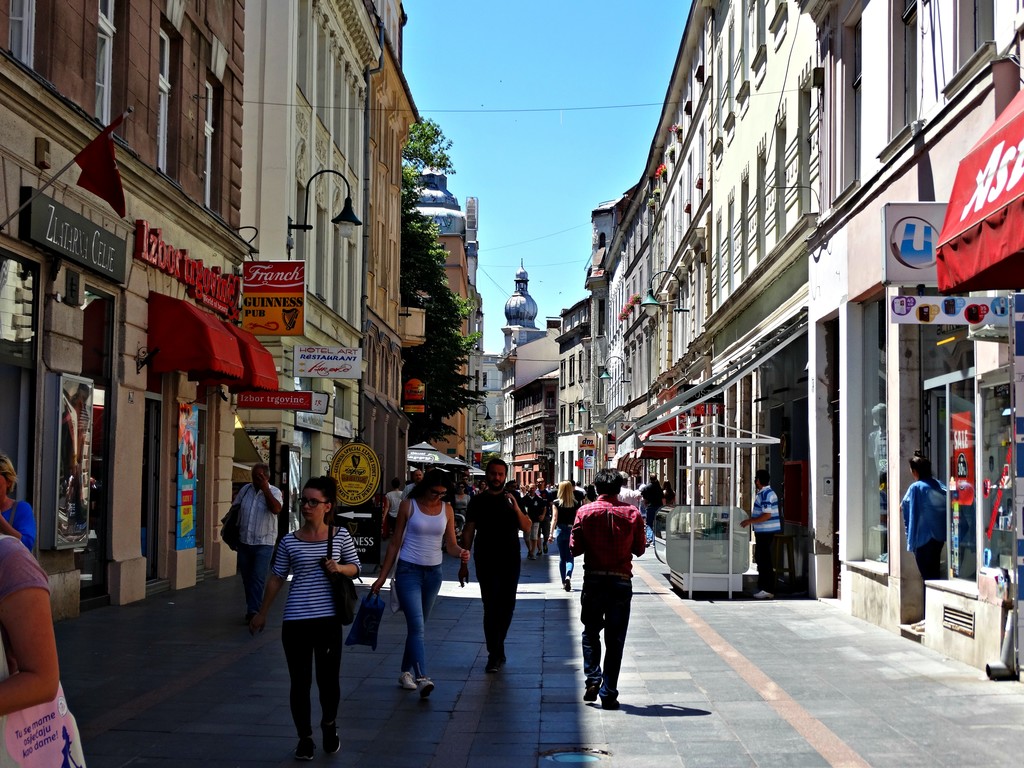 If you want to experience the local blend of styles and traditions when you visit Sarajevo, then walking through Ferhadija Street is a must. After all, this is where the famous “Meeting of Cultures” takes place! Just keep an eye out for the floor marker with this inscription, stop over it, and then look around you. On your left, a classic Western-European image with grand buildings and intricate architecture; on your right, a more Eurasian picture with stone structures, street bazaars and round shapes. It is truly one of the most interesting pedestrian streets you will ever see, and the perfect representation of Sarajevo in a nutshell. 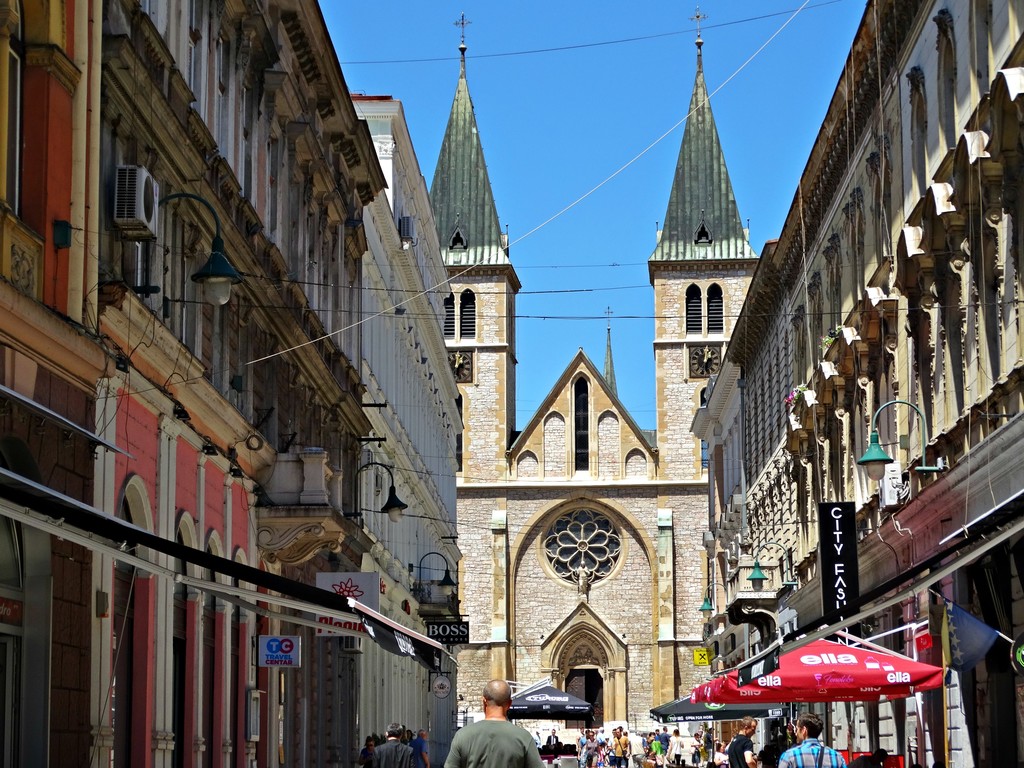 As I mentioned earlier, Sarajevo is one of the only two world capitals where you’ll find major places of worship of different religions so close to each other. As such, you should visit them in order to see each and every side of the city’s personality. Start with the Church of the Nativity of the Theotokos (Orthodox), make your way to the Sacred Heart Cathedral (Catholic), stop at the Ashkenazi Synagogue (Jewish) and cap off your short religious tour at the Gazi Husrev-beg Mosque (Muslim). 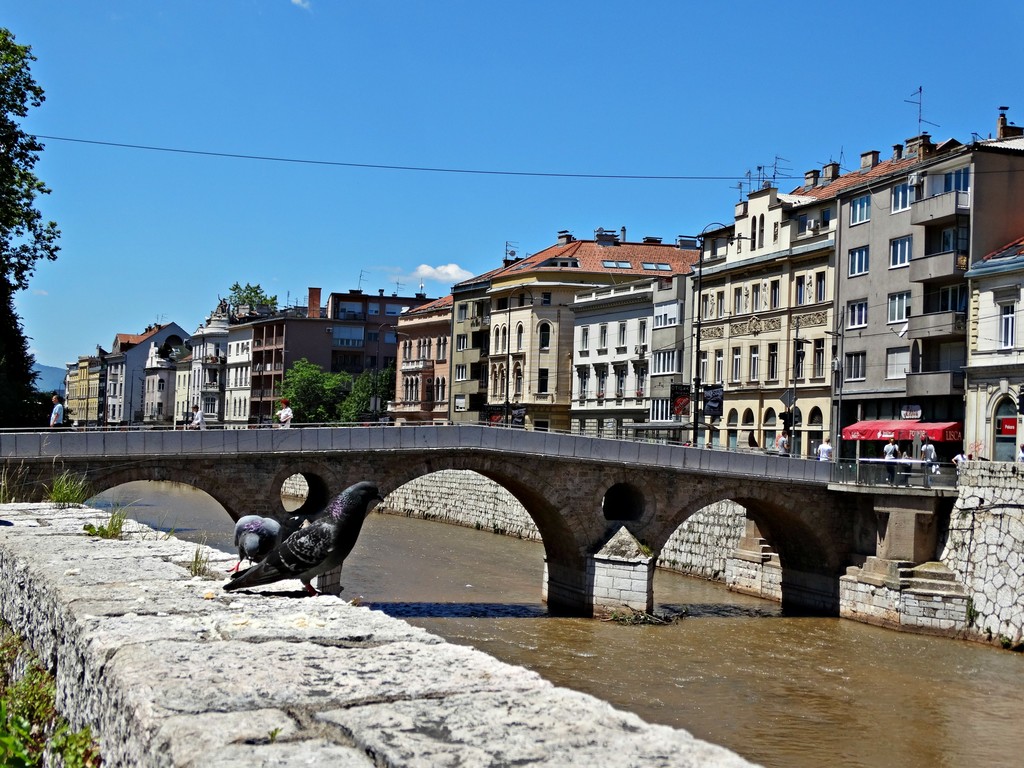 Finally, a place that plays a pivotal role in mankind’s history. The quaint Latin Bridge is where Archduke Franz Ferdinand was infamously killed by Gavrilo Princip, and the rest – as they say – is history. In this case, a bloody, heartbreaking and senseless history that left a never-ending trace of death and destruction. Still, this is a place you cannot miss when you visit Sarajevo.

Hope this post convinced you to visit Sarajevo, as this is one of the most amazing and underrated European cities! Have you ever been to the Bosnian Capital? What are your thoughts about it? Let us know on the comments below! 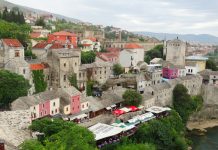 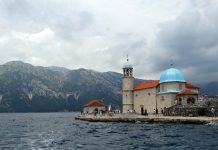 Kotor to Perast – One Day in the Bay’s Hidden Gem 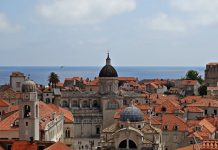 20 Dubrovnik Pictures That Will Totally Inspire You to Visit