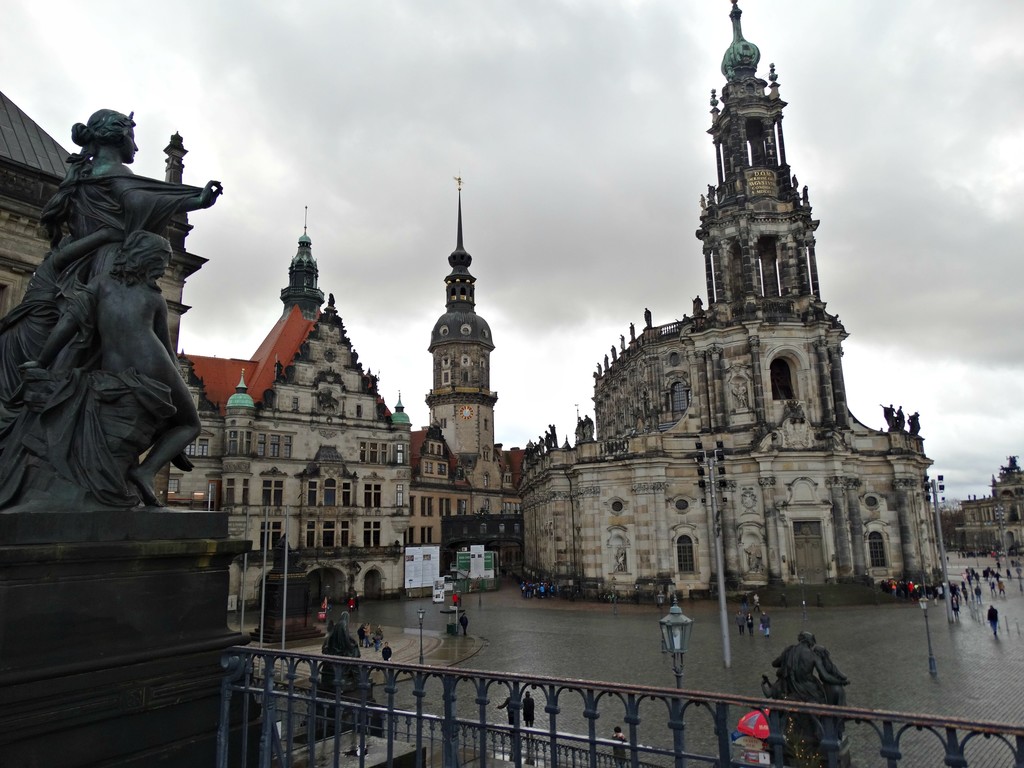 It is not a European capital and it does not have a recognizable name. No songs have been written about this city, neither has it been featured in any popular movie. And, as we all know, everybody will always have Paris. Yet, Dresden’s beauty is so breathtaking that I dare to call it one of the most beautiful cities in Europe. An underrated baroque paradise that seems to have been taken straight out of a canvas. Proudly standing as the capital of the Free State of Saxony, and graced by the presence of River Elbe, this city has witnessed the cruelty of war during the 1945 bombings, but still managed to rise from the ashes in a slow, yet steady process that is still taking place. One of our favourite cities ever, here are 8 places to see when you’re spending just 1 day in Dresden!

WHAT TO SEE IN 1 DAY IN DRESDEN, GERMANY 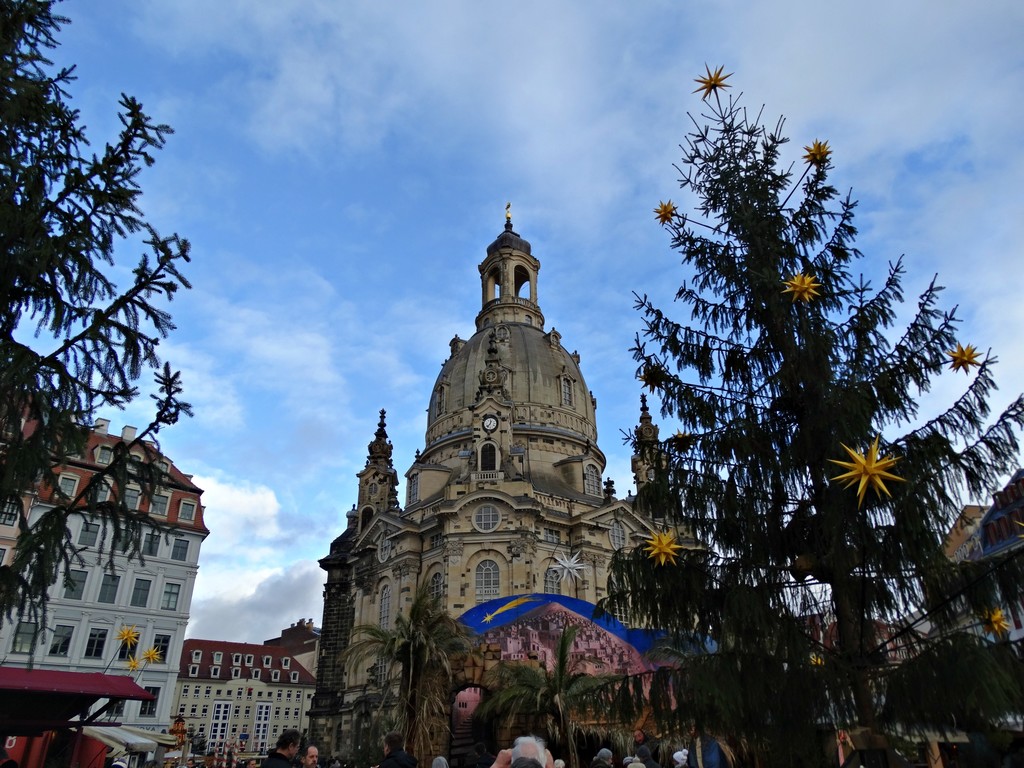 The symbol of Dresden! Built in the 18th century, this protestant church is an outstanding building that has witnessed all of the city’s highs and lows during the last 300 years. Much like the rest of Dresden, the Frauenkirche was destroyed during the 1945 bombings, and then left in ruins for almost 50 years when projects for its reconstruction were finally approved after the Reunification of Germany. What followed were 11 years of intense work, but the Frauenkirche was successfully restored to its former glory and is once again serving as the city’s most recognizable landmark since 2005. It’s the ultimate testament to the city’s history, culture and resiliency, and the place you must see if you’re spending just 1 day in Dresden. 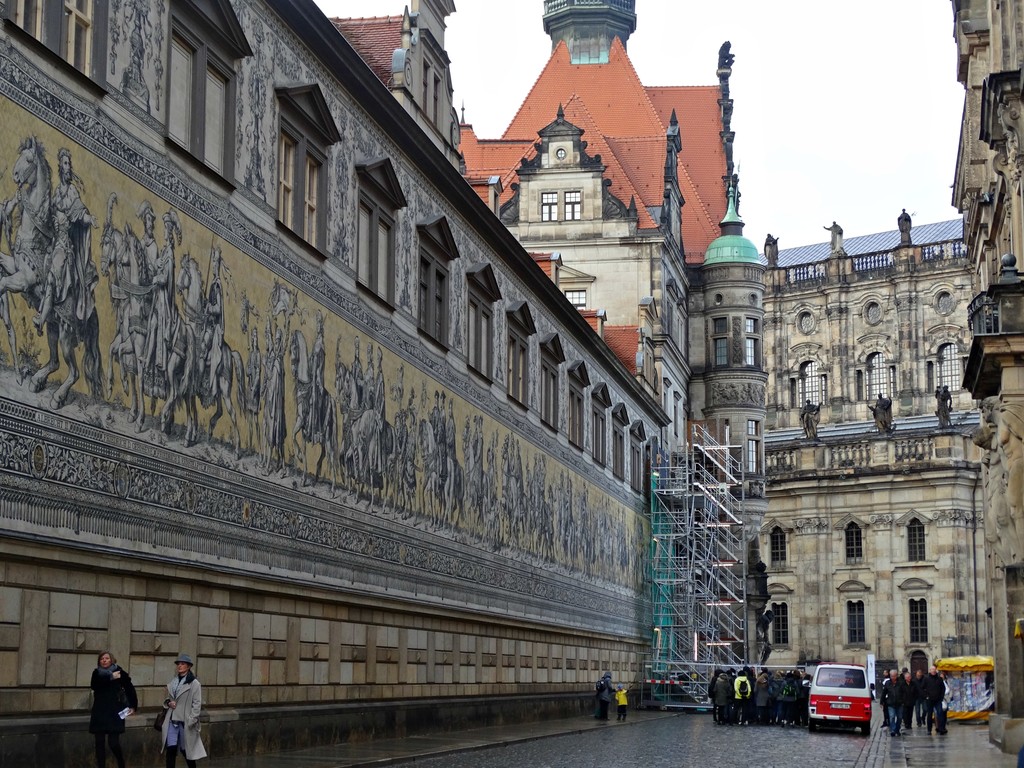 Leave it to Dresden to remind you that not all walls in Germany are bad! Considered the biggest porcelain artwork in the world, the Procession of Princes is a mural made up of 24.000 tiles located right in the city centre. Depicting the history of Saxony rulers, one of the oldest dynasties in Europe, this masterpiece was crafted as weatherproof but ended up surviving more destructive elements, having only been slightly damaged during the infamous bombings. 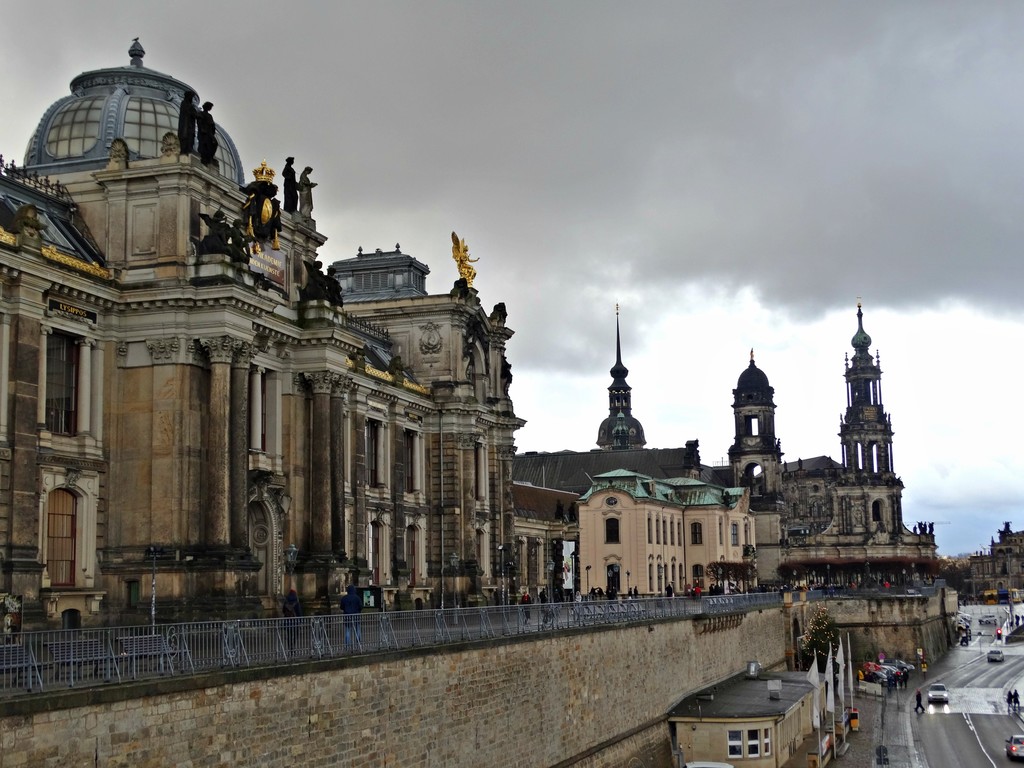 After walking through the entire mural, you will reach Dresden’s waterfront, arguably the city’s most breathtaking setting. And if you’re wondering where to get the best views over the Elbe and the Old Town, then Bruehl Terrace is exactly what you’re looking for. After all, you don’t get nicknamed the “Balcony of Europe” for nothing! Go for the views but stay for the culture, as the terrace is also home to a collection of fantastic buildings and iconic museums, such as the Albertinum or the Academy of Fine Arts.

If you find yourself the time, consider booking a boat cruise along the Elbe for great views of the city’s waterfront, all the way up to Seußlitz Castle and its vineyards’ filled hills. 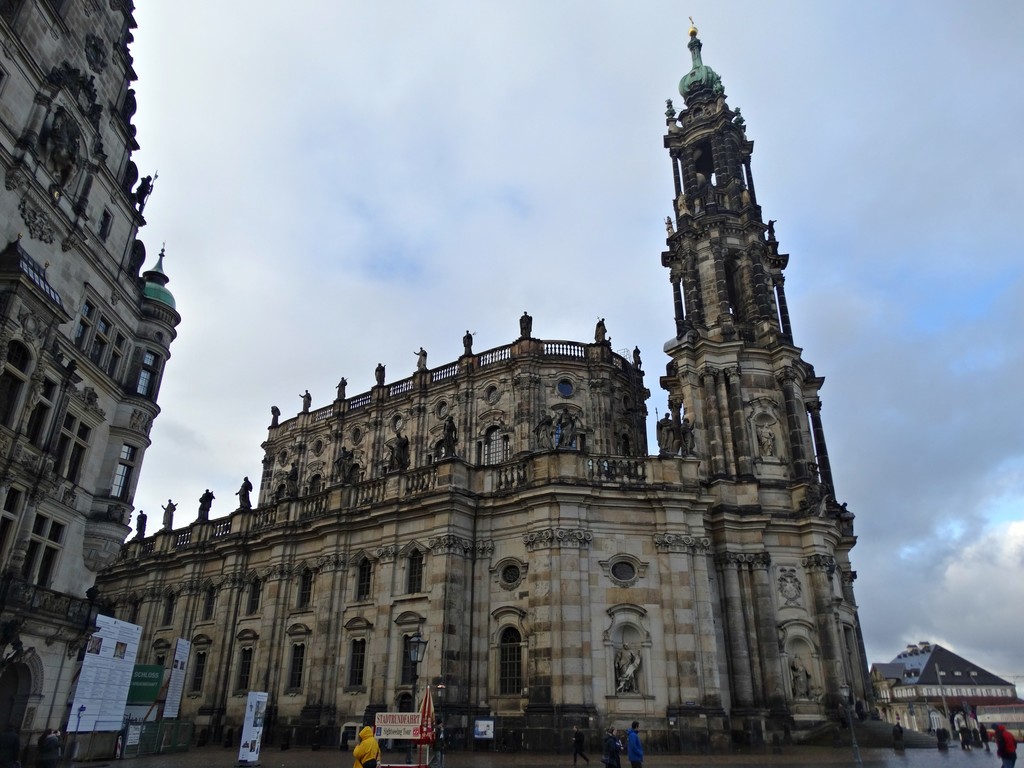 Often overshadowed by the Lutheran Frauenkirche, the Hofkirche – also known as Dresden Cathedral – is the Catholic beacon of a city where Protestantism has always been the dominant religious branch. Built in the mid-18th century, this church stands side-to-side with the Royal Palace and the Georgentor, and together they form one of the most beautiful ensembles we’ve ever seen. The kind of place where one simply cannot take a bad photo! 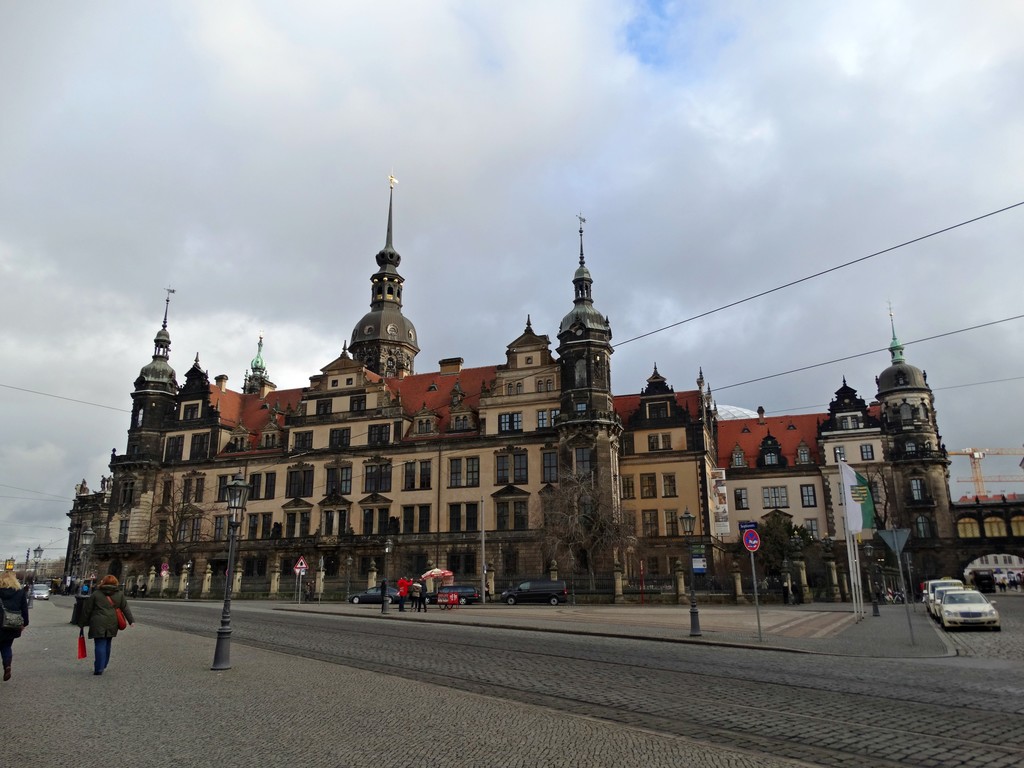 Nowadays an ensemble of top-quality exhibitions under the management of the Dresden State Art Collections, the Royal Palace is one of the most stunning buildings in the city. A complex that was once home to kings and rulers of Saxony, it was nothing but debris by the end of the World War II, and only 68 years later had its restoration finally completed. Inside the Dresden Royal Palace, these are the museums you can visit, although it’s impossible to fit them all in your short visit if you’re just spending 1 day in Dresden: 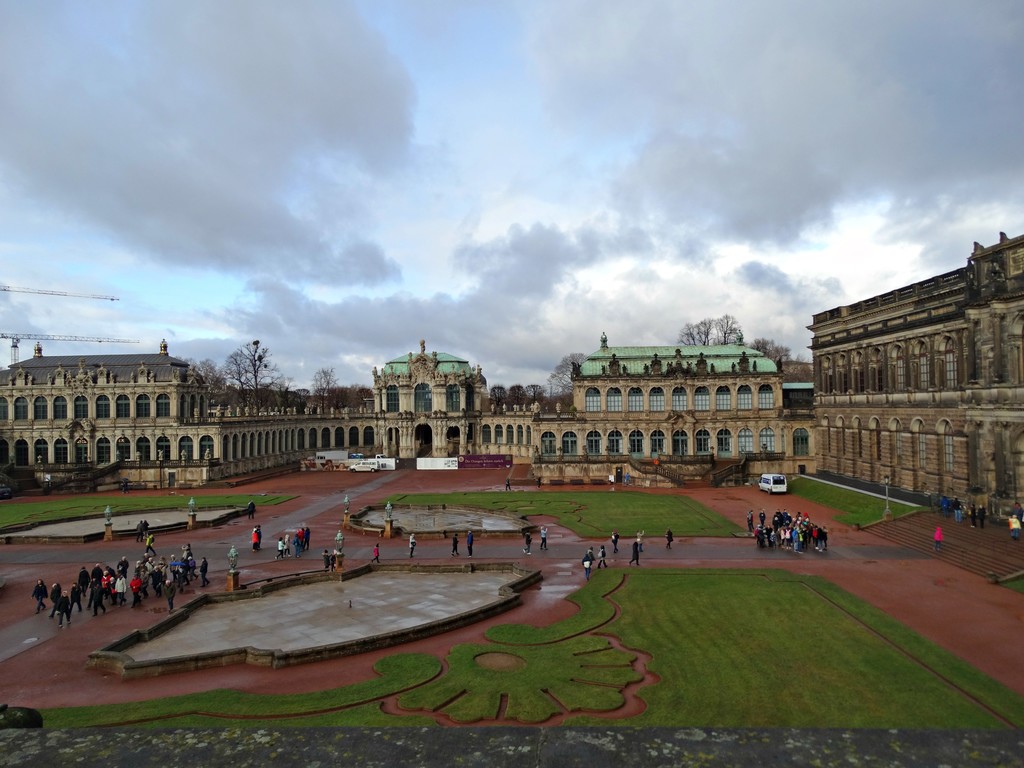 For another reminder of Dresden’s glorious past, a visit to the Zwinger is a must! Even if you choose not to visit any of the three exhibitions housed within its rooms, a walk through this rococo palace will be enough to leave you stunned. With a huge courtyard usually decorated with beautiful gardens, it’s the perfect place to relax and admire all the beauty around you. And we mean it quite literally as the Zwinger building completely encloses the courtyard.

There’s something quite majestic about Opera Houses. They’re cultural hubs usually housed in gorgeous buildings and with a great deal of history behind them. Just take a look at the Stadtsoper in Vienna or the Hungarian State Opera in Budapest, just to name a few. Fortunately for visitors, Dresden’s counterpart is no less impressive! Great architecture: check! Cultural value? Wagner and Strauss both had premières there. And as for its historic credentials, let’s just say it was pretty much destroyed on at least three different occasions, and its reconstruction/reopening remained a priority for the city every single time. More than a popular institution, the Semperoper is a city icon.

Book a guided tour of the Semperoper! 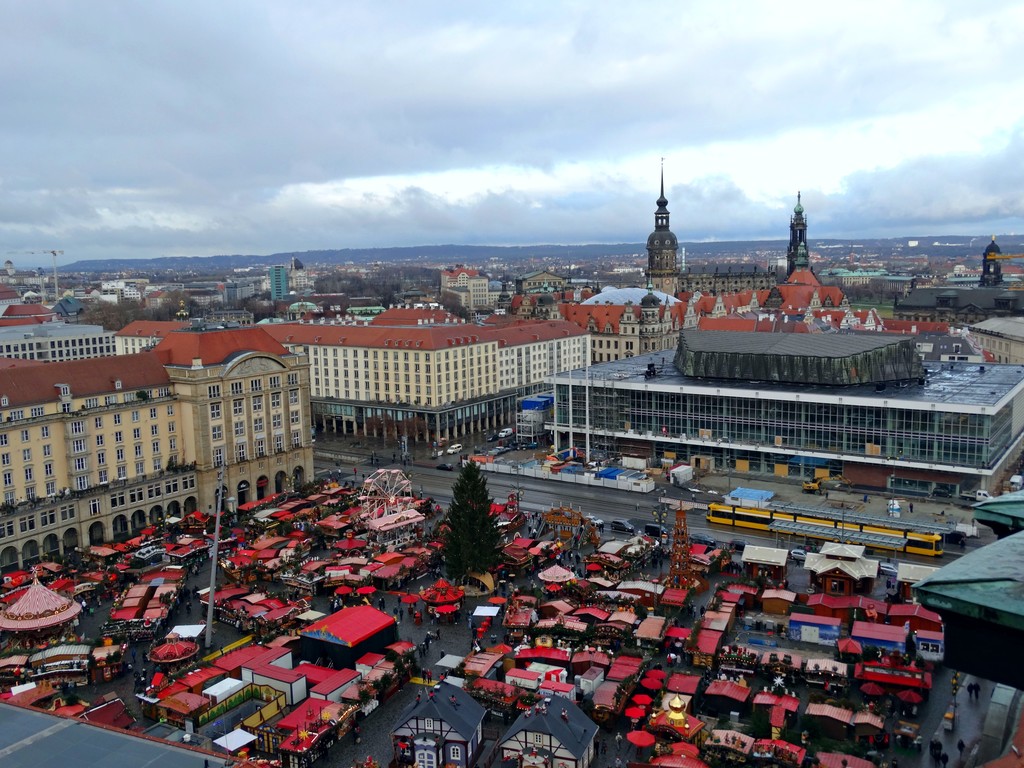 Having visited Dresden in December, we can only think of one thing when remembering Altmarkt: the Dresden Striezelmarkt – the best Christmas Market in Europe! Apart from that, this fantastic square is also considered the heart of Dresden, and has historically been the place of mass gatherings and markets, with its architecture mirroring the city’s history in the past 20th century. While the rest of Dresden was rebuilt as close as possible to what it used to look like before the bombings, the Altmarkt looks modern(ish) with elements of its classical look being embedded in a more contemporary style. Even the decades of Soviet rule can be found in this square, as the Palace of Culture stands as a prime example of the socialist architecture that can still be found around the city. 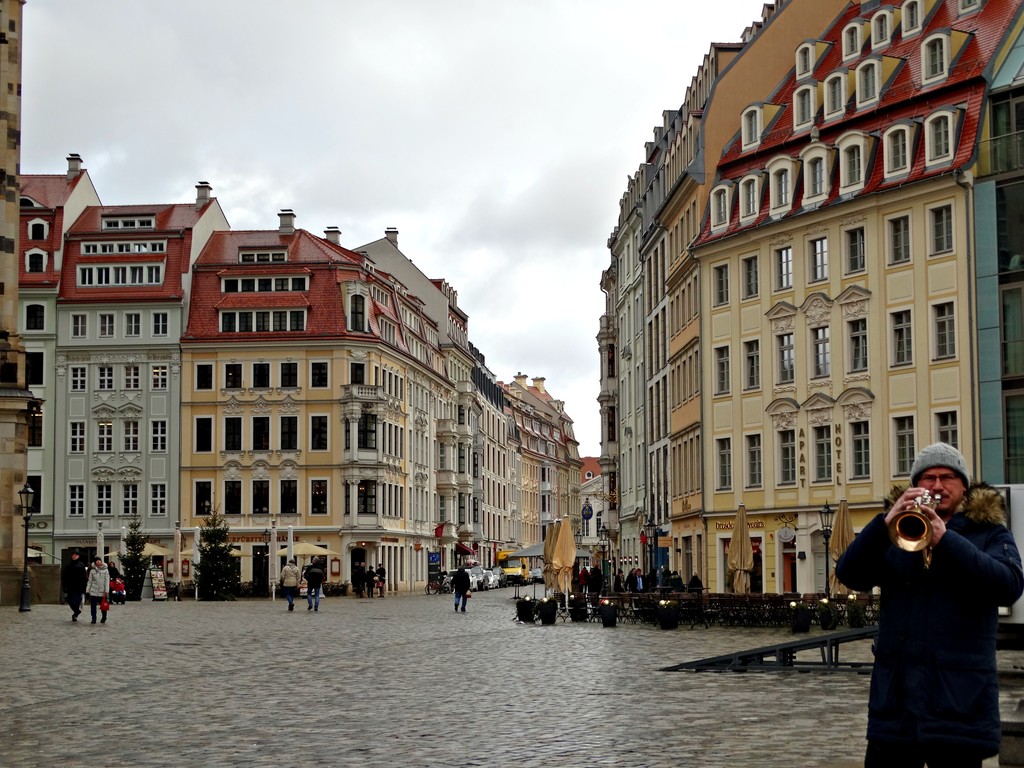 Please do yourself a favour and go pay a visit to this criminally underrated city! Dresden will not disappoint. Have you ever spent at least 1 day in Dresden? Has it surprised you too? Let us know on the comments below! 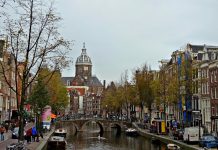 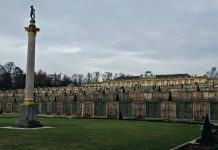